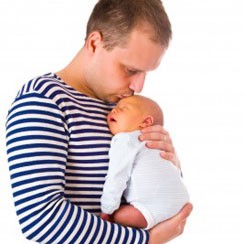 What is meant by “serodiscordant couples”?

A serodiscordant couple is considered to be a couple in which one of the partners is seropositive for the human immunodeficiency virus (HIV) and the other is negative. In such cases, the use of a condom is necessary during sexual relations in order to avoid viral transmission to the healthy member of the couple, and thereby preventing the couple from having children.

What can be done to prevent the transmission of the infection to the fetus and since when?

The first births of healthy children to HIV serodiscordant couples in which the man was HIV positive and had undergone sperm washing techniques occurred some 15 years ago. This technique, which aims to release the semen from the viral particles capable of transmitting the infection, is nowadays widely available.

When is sperm washing recommended?

This technique is suggested for couples who wish to have children but in whom the male partner has HIV infection with a well-controlled and stable clinical course. A medical report confirming this requisite is necessary.

To be included in this reproduction program, both members of the couple must fulfill identical criteria to those of other couples who are candidates for assisted reproduction techniques in respect to both the physical condition of the woman and in the minimum quantity and quality of the spermatozoids. It must be remembered that the “washing” always drastically reduces the number of habile spermatozoid of an ejaculate.

What is insemination with washed sperm?

The female partners in the program are submitted to an ovulation stimulation treatment – the same as those used in the artificial inseminations of seronegative couples - and a clinical and echography follow-up to establish the maturation of the ovarian follicles (which contain the oocytes). Also during the follow up, the HIV negativity of the woman is checked and sexual relations are discouraged until the day of the insemination.

On the day considered to be optimum, different washes will be performed on the seminal samples of the ejaculate with the aim of releasing the cells contaminated by the virus as well as any residual viral particle. If the laboratory of virology confirms the negativity of the detection of HIV in the final sample by PCR techniques, the insemination of the patient will begin. In doubtful or positive cases, the insemination will be cancelled and the seminal sample destroyed.

How many inseminations with washed sperm may be performed?

Three to six inseminations may be performed on these couples, subject to a medical evaluation in each case. If the desired pregnancy is not achieved after these attempts, IVF by intracytoplasmic spermatozoid injection (ICSI) is recommended. Please refer to the section on “In vitro fertilization”.

What is ‘IVF with intracytoplasmatic spermatozoid injection’ (IVF-ICSI) in HIV serodiscordant couples?

A cycle of IVF-ICSI with sperm washing is recommended for couples who have not achieved pregnancy by insemination or in cases in which sperm collected following the “washes” is insufficient for insemination but sufficient for the correct evaluation of viral PCR. It is also prescribed to serodiscordant couples who consult for sterility.

In these cases the washed spermatozoids are used later, making cryopreservation necessary. This allows the accumulation of washed and virus-negative spermatozoid from several ejaculates from patients with low sperm quality. The IVF cycle does not differ from the cycles carried out by HIV negative couples.

Is there any risk of transmitting HIV infection?

Are there other risks or secondary effects attributable to the lavage techniques?

No. Very rarely complications may arise due to the assisted reproduction techniques, whether an insemination or IVF, but these have no relation to having undergone the process of sperm washing.